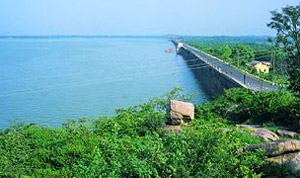 The decision to cancel 227 illegal layouts which had deviated from GO 111 in Ranga Reddy district has caused a huge uproar among the real estate developers and buyers. The cancellation would apply to layouts and illegal constructions which are under the purview of Himayatsagar and Osmansagar lakes.

District officials came across these illegal layouts in Shamshabad, Chevella, Shankarpalli, Moinabad and Shaabad mandals and cancelled them a few days ago without serving notices. Curiously, most of the cancelled ventures were built with permission of gram panchayats.

The Supreme Court had given a directive in 1996 imposing certain restrictions in building structures within 10 km radius of the two lakes. These restrictions still hold good in 84 villages in and around these two lakes. As per rules any structure can be built in only 10 per cent area of the total land with G plus twofloor permission. But several illegal constructions came up in the layouts in violation of regulations.

Village panchayat officer Somla Nayak cancelled the layouts on the instructions of district collector Seshadri. "We have taken the decision based on the directive of Supreme Court and will take action against those who would not comply with the SC order," warned Seshadri. According to a senior official, some of the structures which have been built will now have to come up with compliance measures like setting up sewerage treatment plant and other facilities. "We had served notices on them a year ago. Since most of them did not reply, they would have to pay heavy penalties," Nayak said.

This decision meant trouble for not just the developers but middle class buyers, as most of them who bought plots and flats in these layouts. "I had invested my savings of five years and bought a plot. I had never imagined that the authorities would cancel the land deal," A Krishna, who bought a piece of land in Moinabad mandal, rued.

The developers are also in a catch-22 situation. "This is a huge setback to us. We are trying to convince the authorities to revert their decision," said a developer from Moinabad.